The opinions expressed are solely those of Find My Profession & do not reflect the opinions of any other company or individual. Review our Advertising Disclosure. 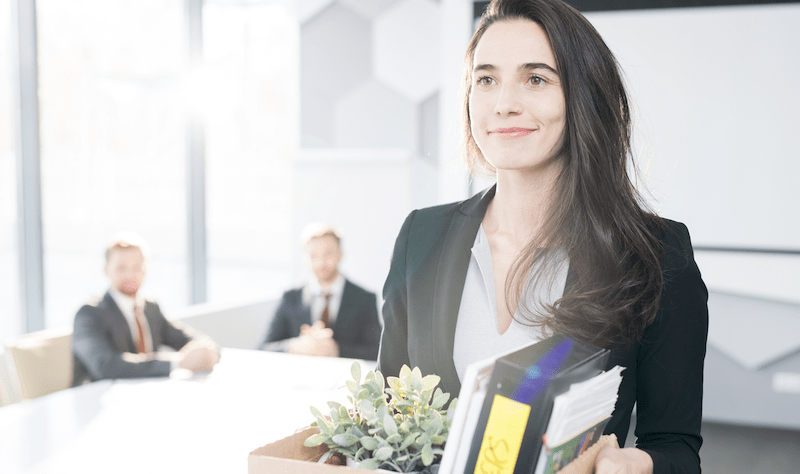 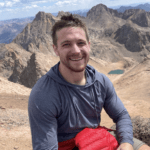 Mike is a the Founder/CEO of Find My Profession and a career expert. Together with FMP, his work has been featured on sites like Forbes, Inc., Times, Fast Company, Zety, and more.

The question, “Why are you leaving your job?” can be kind of awkward, depending on your answer.

Believe it or not, in this situation, the truth is not always the best solution.

For example, if you have a really crummy boss that you just can’t stand working with anymore, it is not recommended to badmouth anyone at your old company.

This would only show poor character on your part.

Rise above the competition by finding a positive answer.

What If I’m a Recent Grad and Don’t Have a Previous Job?

Let’s take a moment and get this question out of the way first.

Maybe the interviewer asks you this question, yet you have no previous job history to go off of.

If the interviewer has seen your resume, chances are that they won’t ask this.

What they might do, however, is ask a variation, such as, “Tell me about a time you dealt with conflict.”

Just because you’re a recent college grad and have little to no work history doesn’t mean you haven’t dealt with conflict before. All it means is you’ll be considering conflict from different areas of your life.

Some areas that you may have experienced conflict with in the past include:

Regardless of whether you have work experience, you need to put thought into the example you share.

Just like with everything, some responses are better than others.

Asking why you are leaving your job almost seems like a trick. In some ways, it sounds like the interviewer is opening the door for you to complain about your old company or boss.

You can have a hundred reasons why your old company and boss weren’t cutting it.

But that doesn’t make it a good response.

What exactly do we mean?

Some bad responses you want to avoid include:

The company was so slow that everyone would get off task. Some days we hardly did any work!

My boss was horrible. He couldn’t do anything right. I could do his job much better than him.

If an employer hears this response, it immediately sends up red flags.

These types of responses bring into question your loyalty as a potential employee.

So, what kind of response should you give?

Good Responses You Want to Give

Remember, complaining about your old job is the last thing you want to do.

You might be leaving your company because of your horrible boss or lazy coworkers, but focus on other reasons. Consider what these things do to hinder your professional growth.

A better response would be:

The work culture was not the best fit for me. I felt underutilized and like I was not being challenged anymore. So, I would love to move to an organization that challenges me in a positive way where I can continue to grow and develop in my career.

See what we did there?

Instead of putting the blame on others, this response focuses on the applicant’s need to be challenged so they can further develop their career.

It sounds better and is more detailed.

But how did we do this?

How do we turn a potentially negative sounding response into something more positive?

It’s a strange idea to give a positive-sounding response to a negative sounding question.

Chances are you aren’t leaving your old job because everything was going great.

Instead of stating all the reasons that you are looking to leave your job, flip the question and explain the reasons why you are so excited to work at the new company.

Throw a little flattery in the direction of the employer; they won’t bite.

Here’s an example of a negative being turned into a positive:

Why are you leaving your job?

I am no longer being challenged. I’ve requested more responsibility but my day-to-day has become repetitive with very little room for growth. Your company is constantly adapting and the employees seem to be learning something new every day. I would love to work for a revolutionary company such as yours.

Why Do Interviewers Ask This Question?

Like we said above, this question opens the door for complaining and ranting.

So why would employers ask why you are leaving your job?

They want to see if you’re the type to complain and disregard your respect for your old company.

They also want to see if you can realize the positive points in a negative situation.

They want to make sure you don’t end up in the same situation.

But there’s more to it than that.

Chances are there was something that attracted you to your old job in the first place.

There are a lot of reasons why your relationship with your old job turned sour.

Does any of this sound familiar?

In other words, even if the last month or two at your job have been absolutely miserable, you can still muster something positive to say about it. Sometimes you just have to dig a little further back.

If you tell the employer that the last three years at your old job have been a complete waste, that tells the employer you’re the type of person to waste time.

You’re also the type of person who can’t make the most and learn something from a lousy situation.

Even if it was a bad fit from the start, you learned what kind of job roles you would be happier in.

The way you answer this question can say a lot about your character and career aspirations.

This is what the interviewer is listening for!

A New Era of Job Seekers

Now, this is just between you and me, but if you haven’t noticed, “job hopping” has become more common.

I think this is awesome; old-school employers tend to disagree.

If you are not familiar with the term “job hopping,” it is essentially the act of going from job to job within a short period of time, usually a couple of years or less.

More and more job seekers are flooded with opportunities and will quickly leave a company if they have an offer for higher pay, better benefits, etc.

I don’t blame them!

Hiring managers who are somewhat aware of today’s culture understand this.

It’s not that big of a deal anymore if you have worked at three different companies in 10 years.

Twenty years ago, that was a huge deal!

Back in the day, job hoppers were considered:

Hopefully, these are words you wouldn’t use to describe yourself.

In other words, don’t worry too much about this question.

Why are you leaving your job?

I would definitely focus on some more relevant questions.

What Is Your Greatest Failure and What Did You Learn From It?

Why Did You Choose Your Major?

What Negative Comment Would Your Boss or Professor Say About You?

Try These 29 Tips If You Can’t Find A Job