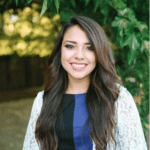 It’s been two weeks since that interview you nailed. You’ve bitten your nails down to nothing with anxiety that only escalates with each phone call-less day. It’s possible you’ve sent a follow-up email at this point. Now, you are additionally worried that you might have sounded desperate for doing that.

You start thinking, “I had it in the bag but then I sent that e-mail and now I’ve ruined my chances!”

Well, what’s really taking them so long to get back to you?

The saying goes, “Bad news travels fast.” In the hiring process, the opposite is generally true. If a team and its hiring manager both decide that they want you on their team, feedback after an interview is provided almost immediately to the recruiter. Usually, with a few exceptions, the recruiter won’t sit on the decision for too long.

If you haven’t heard back, the hard pill to swallow is: There’s a good chance they’re going with another candidate and loathe the fact that they must deliver this bad news. Unfortunately, their lack of enthusiasm to crush your career dreams could prolong the feedback after an interview. These are all generalizations and there are several exceptions.

Here are four reasons to restore your hopes and explain why you might not be receiving feedback after an interview:

1. There’s been a hold on the position.

A candidate never sees what goes on in the background. It’s typically not as simple as deciding, “We need another person to help this team. Let’s hire someone. Done!”

There is a league of processes that go into opening and posting a job. Companies are usually given a headcount they can’t exceed. Usually, they’re given restrictions on overhead costs.

Sometimes a job is open and being sourced for, but then management decides to restructure, reprioritize, or reallocate resources. This can altogether eliminate a job you were vying for, or perhaps put a hold on it.

On a less technical side, things could’ve gotten really busy for the team you were hoping to join and they simply need to hold off on filling the role until things slow back down.

The implication of hiring someone is that they’ll need the time and flexibility to onboard and train the new hire. If they’re busy, they might collectively decide to press pause.

While it’s not common some have waited months before being hired!

A good problem for a recruiter to have is having too many great candidates! While the hiring manager might be enthused by the prospects, this can also make a final decision harder for the team.

If they don’t feel the pressure to immediately backfill a position, they could be taking their time to really review and re-review the candidate’s resume, portfolio, and interview notes.

Every now and then, a candidate will fare well in their interview process and pass with flying colors. But for whatever reason, some hiring managers don’t always want to immediately pull the trigger. They tell the recruiter something like, “We liked him/her, but let’s try to get a few more.”

While this can be frustrating for both the candidate and the recruiter, it can help the team affirm their initial impressions of you and they may come back with an offer.

Unfortunately, it could also mean that they do find someone else they determine to be a better fit.

While good news generally travels faster in the hiring process, this isn’t always the case. It’s important to consider that a fast response time will mean different things for different companies and recruiters.

Some companies might consistently get offers out within a few days while others will typically take one to two weeks to provide feedback after an interview. For a candidate dangling in suspense, one day alone could feel like an eternity, but it shouldn’t be a cause for despair.

If it’s been a week or two, there’s nothing wrong with sending a follow-up email requesting an update. If you’re not hearing back, it doesn’t always mean it’s because it’s bad news, and an update could help ease some of that anxiety. For more reasons, check out these 7 possible reasons you did not receive interview feedback.

If it turns out that you eventually get some bad news, find solace knowing that there’s something else out there for you. It can seem like the end of the world, but just remind yourself that it’s not!

There are other opportunities out there for you that will take you where you’re truly meant to be: This is good news! The journey to shaping your career is one requiring patience and effort. Be resilient and move on to the next opportunity.

Always respond gracefully, because a “no” today can be a “yes” later. Those are the bridges you do not want to burn! Learn how to ask for feedback after a rejection.

5 Benefits of Having an Alumni Network 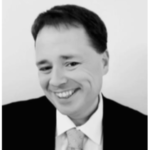 by Steven Lowell
Read On

What Is Your Greatest Accomplishment? – Interview Question